Roman Abramovich’s era at Chelsea ends in Wembley heartbreak, when will they return? – Maxsports
Skip to content

Chelsea‘s 23rd and last major cup final of the Roman Abramovich era ended in uncharacteristic failure and does begs the question whether the most successful period in the club’s history is now officially over.

They’ve been a winning machine since the Russian oligarch took over in 2003 with 19 major trophies lifted and a trip or two to Wembley most years.

Now his time his finished. Prospective new owner Todd Boehly has huge shoes to fill once the anticipated £2.5billion takeover is completed, with an additional £1.5billion pledged for infrastructure and squad-building. 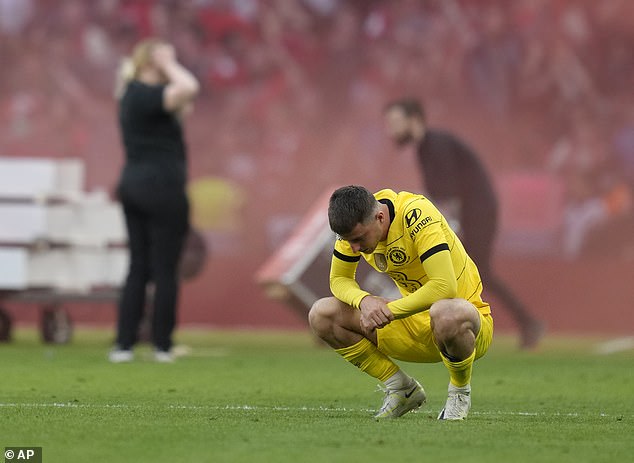 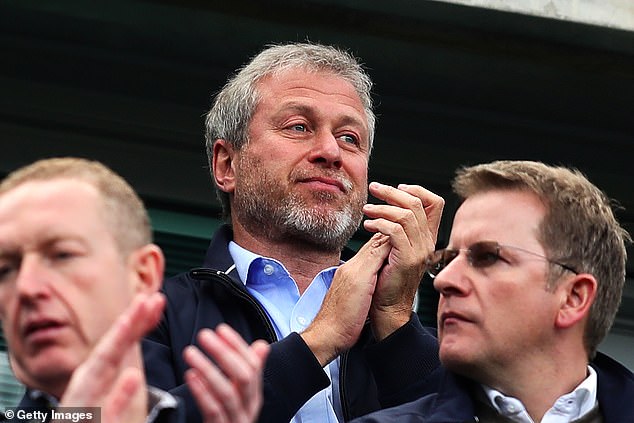 The Roman Abramovich era has proved an enormous success for Chelsea – can it continue beyond the Russian’s time in west London?

And even that isn’t cast-iron. The worst-case scenario is that Abramovich, whose financial assets have been frozen by the UK Government as a response to the Russian war in Ukraine, finds an excuse to block the deal and Chelsea cease to trade from May 31 without another extension being granted.

Maybe the uncertainly explains why it was a strangely muted Chelsea on and off the pitch in the opening 45 minutes against Liverpool.

Reds supporters outsang their blue counterparts and Thomas Tuchel’s side saw little of the ball. There was irony in their outstanding player being centre-half Antoni Rudiger because he’s joining Real Madrid in the summer as Chelsea were powerless to offer him a new contract because of current sanctions. 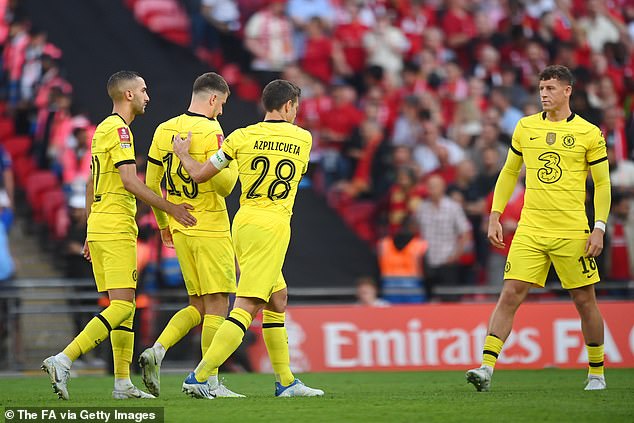 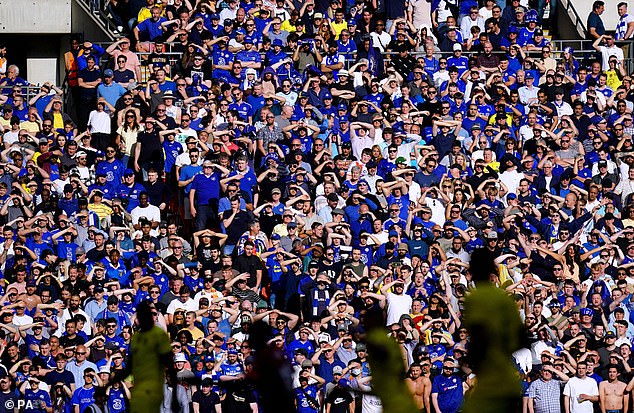 Chelsea’s fans at times during the first half appeared mute, as if influenced by their side’s play on the pitch

Wherever Abramovich was watching – he is banned from entering the UK – it must have been a strange experience.

When he arrived in England 19 years ago with a bulging wallet, he shook up the industry like no other. 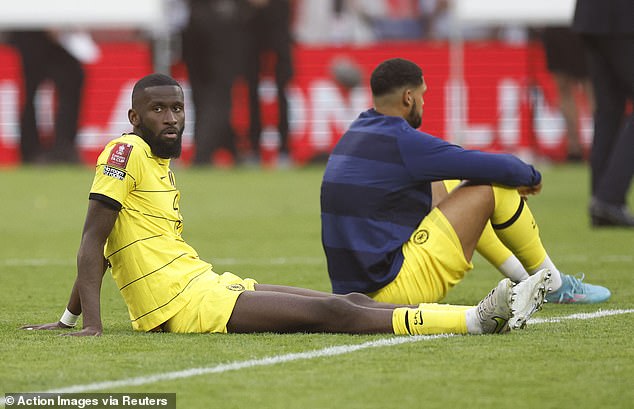 Yesterday represented their ninth FA Cup Final, adding to the others they have played in the Champions League (3), Europa League (2), League Cup (6), World Club Championship (1) and European Super Cup (2). In addition, they have been Premier League champions on five separate occasions.

But the strain on Tuchel after months of trying to steer a rudderless ship finally told in the closing stages.

He made six substitutions but left £52million Timo Werner on the bench with the German reporting a hamstring issue. The 32-year-old Azpilicueta came on and was chosen to take the second penalty in the shoot-out – and hit the post. 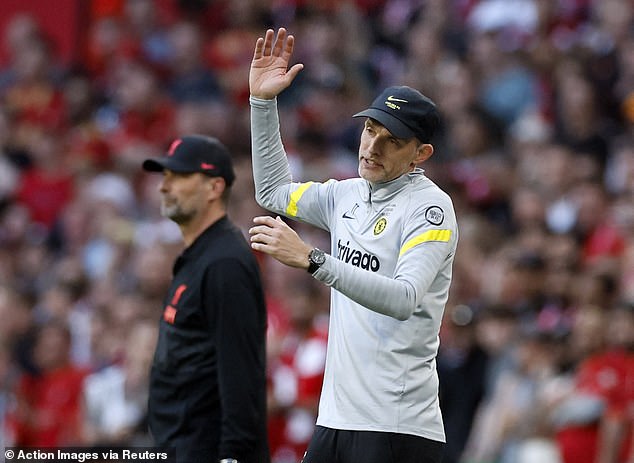 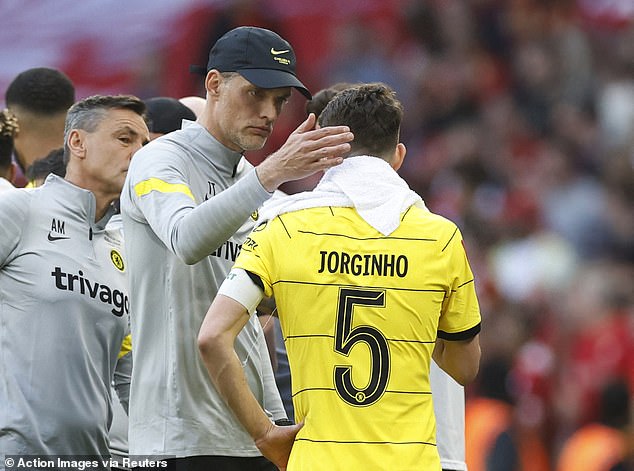 Ruben Loftus-Cheek came on as a substitute and was himself taken off 15 minutes later for Ross Barkley who hadn’t kicked a ball since January.

It was strange stuff that doesn’t augur well for the future though Tuchel will hope Boehly’s experience of running the Los Angeles Dodgers baseball franchise will count for something.

Changing the Chelsea culture post-Abramovich won’t be easy though. The Russian had a strategic nous that went against the Manchester United model where Sir Alex Ferguson was king. 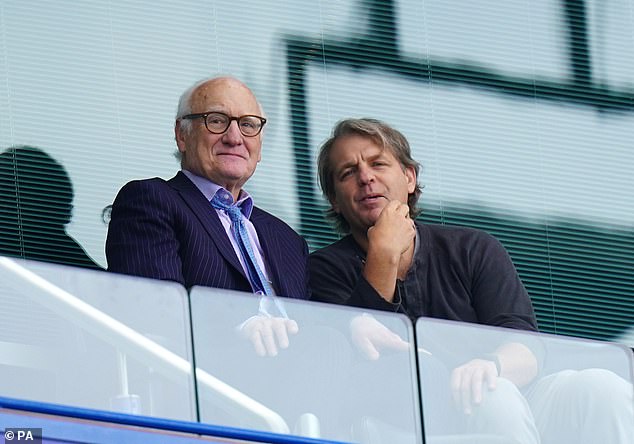 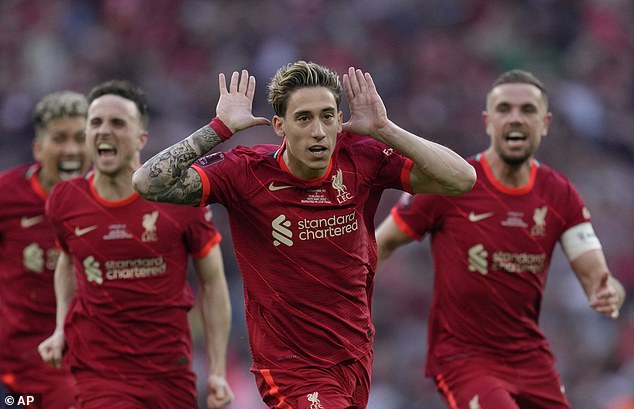 Instead, he gave responsibility of making signings to the boardroom, built the club around a core of brilliant players – Lampard, Drogba, Cole and Terry – and rotated the managers around them.

However, the recruitment has been less sure-footed in recent years. Romelu Lukaku at £97million has flopped and contributed little yesterday compared to Liverpool’s Luis Diaz, signed for a third of the price and named man of the match.

Chelsea look set to finish third this season but despite taking Liverpool to penalties in both domestic cup finals, they look a way behind Jurgen Klopp’s men and Manchester City over the course of the season. And no longer do they have Abramovich’s roubles and savvy to bridge the gap. 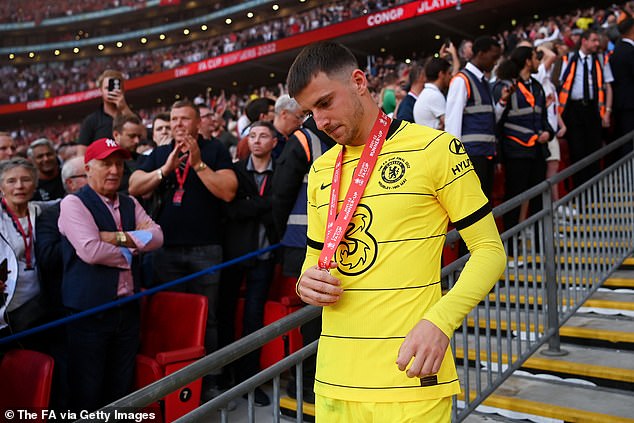