JOHN LLOYD: Carlos Alcaraz is just as tough at Rafael Nadal – and he’s only 19! – Maxsports
Skip to content

JOHN LLOYD: Carlos Alcaraz is just as tough at Rafael Nadal – and he’s only 19! He’s got the aura of someone who can with double-digit Grand Slams… here’s how I compare the teenage megastar to his fellow Spaniard

By John Lloyd For The Mail On Sunday

There are some damn good players out there who have won Grand Slams. Others who have got close. I don’t see any of the those winning multiple Slams: six, seven, eight of them.

But when I look at Carlos Alcaraz, I see double figures. I know it’s so early on, but I do. He has got that aura about him. Just like Rafa Nadal did, just like Jimmy Connors, like Bjorg, like McEnroe.

They won games before they left the locker room. And if you were ever 40-love up, they would look at you as if to say ‘Hey, you’ve still got to win one more point.’ You would get that feeling when you looked across the net. This kid has got it. 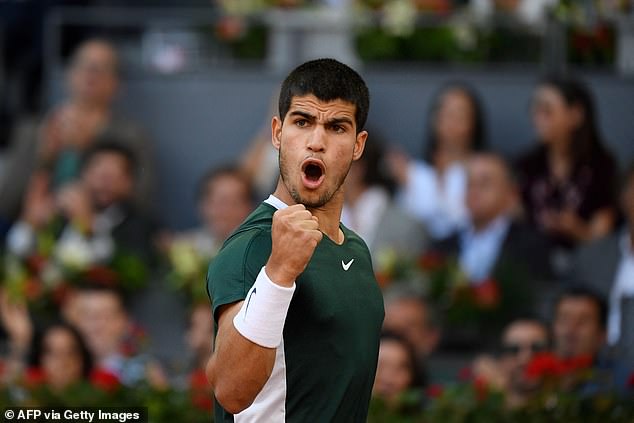 Carlos has got a good serve. It’s not a great one – yet – but he will only get better.

He’s not the fastest server. He occasionally bangs in a big one at 130mph but that’s the rarity. He does not often look to hit huge aces on his first serve. He’s mainly a percentage server and makes it difficult to attack. His best is the one that kicks out to the backhand. He has a good kick second serve too.

Rafa didn’t serve many aces when he started. He was left-handed so he had an advantage there. Over the years, he upped his speed. He realised he might need a few more cheaper points.

Carlos isn’t the tallest, either. Not in today’s terms. Neither was Rafa. But both had a good compact serve, and Carlos’s will definitely get better. 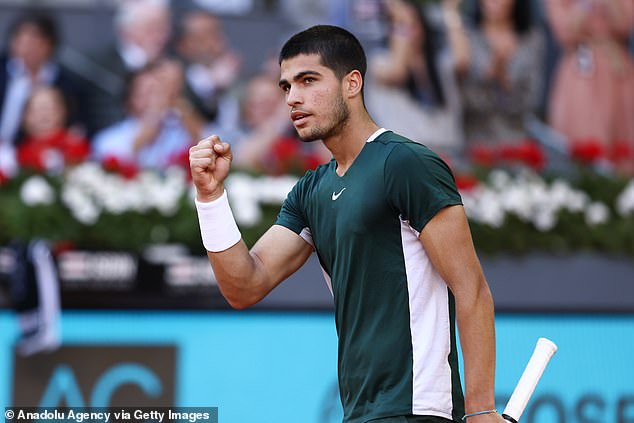 It is a big shot for Carlos. He makes more mistakes on it than his backhand but that’s normal as that’s the bigger shot.

Rafa’s forehand, even at 19, had more velocity. Even back then, it was his money shot. Carlos’s is damn good but not what Rafa’s was at his age. But, again, he will get there.

What Carlos has that Rafa did not back then — and is the shot everyone is talking about — is his drop shot on the forehand side. It is deadly.

He takes the racket back as if he was hitting a long forehand. That disguise is not easy. His ground strokes are so good he pushes opponents back and, when he drops it, they have to run miles to get it.

Rafa didn’t have a drop shot in the same league at his age. For Carlos to have honed it so well already, to have that sense of touch and feel, is incredible. It is a thing of beauty. 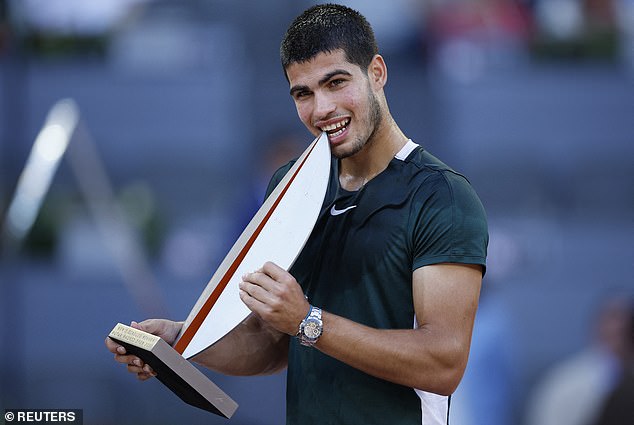 It’s awesome. He’s already got so much variety on it. He can take it on the rise, he can catch it early and smother it. Down the line, cross court. He doesn’t miss many. And it will get better too.

His slice is good and I think slightly better than Rafa’s was at his age. Rafa’s slice at the beginning of his career didn’t go through the court with as much bite as it does now. It didn’t have as much pace as Carlos’s. It was less of a weapon and more of a defence.

It’s excellent. Carlos defends very well. He’s quick too. Rafa might just have had the edge when it came to speed at this age but there’s not much in it. Rafa was lightning fast for his age. Carlos is too.

Then you add that to their anticipation and reading of the ball. Some players have average speed off the mark but are difficult to get the ball past because of how well they read the game.

These guys don’t need the head start but they get it anyway. It was like having two cheat out there! It’s unfair. I would either ban them both or put weights around their ankles. 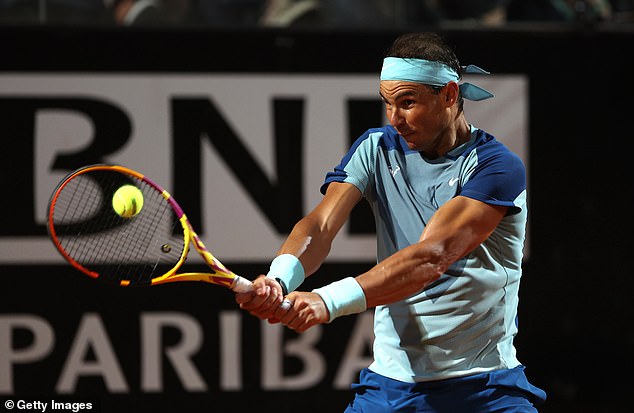 Rafa is part of a generation of which there were few truly great volleyers. Not like there used to be with the likes of John McEnroe and Stefan Edberg. A lot of players these days only come to the net to shake hands.

Carlos is already a good volleyer. He has a good feel around the net. It’s not a major weapon yet but he certainly is not afraid to use it.

Rafa was decent at his age but has improved over the years to become one of the best of his generation.

I don’t see how you can separate them. Rafa’s mental toughness was incredible from the moment we first saw him. Even at 19, you could not get into his head. There was a hardness about him.

I see the same in Carlos. He’s as tough as nails. You see it in some players. Like Rafa, like Bjorn Borg. I think they must have it from their first steps. If they fell over trying to walk, they probably kept getting up until they could. Carlos is just the same.